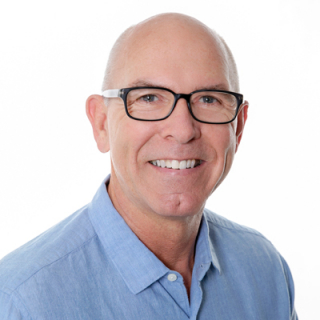 Randy has been with Jack Lingo, REALTOR® since 2000. He has teamed with veteran associate broker Shirley Kalvinsky, who has been in the business for over 40 years. Together, Randy and Shirley have won many sales awards and closed over $500 million in sales. They received the company's Top Producer Award again in 2018.

A native of Bethesda, Maryland, Randy graduated from Duke University and received a master's degree from the George Washington University. After living in Washington, D.C. for 25 years, he moved permanently to Rehoboth Beach in 2000.

Randy has been a homeowner in The Pines neighborhood in North Rehoboth for over 34 years. Here, he built the home in which he, his husband, and his yellow lab live. Living in town has helped him develop a discerning knowledge of the market, including where it has been and where it is going. He is especially aware of the complexities of buying a vacation home while living full-time elsewhere. He can help you navigate the sales process smoothly, though his relationship with clients does not end with a sale. Indeed, buyers rely on him and his contacts for answers to all sorts of questions, including about home repair and even the best places to dine.