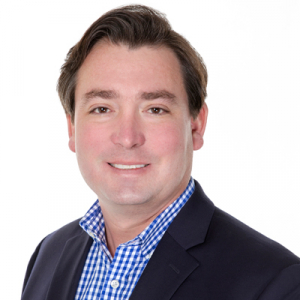 Riess Livaudais was born and raised in New Orleans, with family roots in the area going back to the mid-1700s. He grew up sailing at the Southern Yacht Club as well as fishing and duck hunting at the Tally Ho Club (the oldest such club in the country). After studying at the University of New Orleans, he taught sailing to children and teenagers. He then worked in the insurance business until Hurricane Katrina hit in August 2005. Following the devastation to his hometown and beloved Mississippi Gulf Coast, Riess threw caution to the wind and moved to Annapolis, Maryland to follow his lifelong love of and passion for competitive sailing. Shortly after moving to Annapolis, he met his husband, Brooks, while working for a sailing supplier in sales & customer service. His passion for real estate drove him to pursue a career as a REALTOR® in 2008. He began his career in the Baltimore, Annapolis, and Maryland Eastern Shore areas, specializing in historic homes.

Thank you for helping us sell the house in Broadkill.  We appreciate your prompt, efficient and caring attention.
~ Barbara - Broadkill Beach

We are delighted to have the opportunity to share our experiences with Riess Livaudais who recently helped us sell our home on Broadkill Beach in southern Delaware.  We have worked with a number of different realtors as both buyers and sellers in the past and we can categorically state that we have never received the level of service we did from Riess despite having excellent experiences with the others.  To start, Riess was deeply knowledgeable about real estate law and processes.  He had a ready and accurate answer for any question.  He provided reasoned advice about price points and ended up negotiating a very successful and satisfying conclusion to the sale for all parties.    Our home also experienced some unexpected service needs in the weeks leading up to the sale.  Riess was invaluable and went above and beyond by assisting us locate local repairmen and on several occasions arranged to meet with them to direct the needed services.  He also checked on the property repeatedly to ensure that all work was proceeding appropriately.  We have never had a realtor who spent the kind fo time and energy that Riess did for us.  When we mentioned this to him, he stated simply, “It’s just what I do for my clients”.    We wholeheartedly recommend Riess to anyone considering buying or selling a home in Sussex County or beyond.   He is a gem!
~ Ciro M. - Broadkill Beach

Riess exceeded our highest expectations when we sold our Broadkill Beach home. He intimately knew the nuanced real estate market of the Delaware Beaches and was able to expertly craft a sales strategy for our property. The property went under contract within a few short weeks of listing at the low point of the buying season, mid January. Riess made himself available for numerous contracting appointments at the house to ensure it was ready for sale, remained in contact with us during each phase of the listing and the sale, and professionally represented our small business at the closing. In a real estate sector crowded with numerous options, Riess stands at the pinnacle of performance and results.
~ Will F. -

Carrie,
My husband and I wanted reach to you, and let you know how lucky we are that you referred us to Reiss. Our experience with Riess was nothing short of amazing. He knew before we did exactly what we were looking for with our beach home. His attention to detail and dedication was second to none. We truly feel without his assistance, we would have never found our dream home.
We hope you recognize the gem you have in Riess. It is because of him, that we will come back to your team when we are looking for our forever home.
Best,
~ Molly & Mark V. -