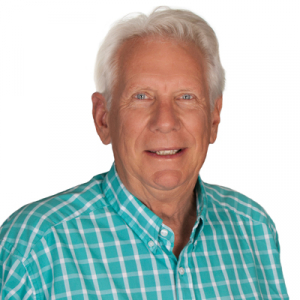 Nick Carter is a broker associate and member of The Nick Carter Team, a top-producing team in Jack Lingo, REALTOR'S® Lewes office. In 2002, he was named Top Sales Agent in the Lewes office. From that time until the present, he and his team have won awards every year as either Top Sales Team or Top Producers.

Nick was born and raised in Lewes Beach, Delaware and is a descendant of four generations of family from Lewes Beach. His great-grandfather owned a home on the corner of 4th and Market in downtown Lewes. After graduating from Lewes High School in 1965, Nick went on to Columbian Preparatory School in Washington, DC and then to the United States Naval Academy. While at the Naval Academy, he was awarded a varsity as a member of the Navy sailing team. He was then commissioned as an ensign in the US Navy and moved to San Diego, California. He served aboard USS ORLECK (DD-886), a combatant naval destroyer, and deployed to Vietnam for two tours of duty in both 1971 and 1972. After leaving the Navy in 1975, he attended San Diego State University, where he completed MBA course work in finance. He then worked as a stockbroker from 1980 until 1990. In 1990, he entered the Southern California real estate market as a broker, where he worked until his return to Lewes, Delaware in 1997.

The Nick Carter Team's long-standing experience in real estate has been critical to ensuring smooth transactions for both buyers and sellers. With the experience to overcome obstacles and get things done, you can't go wrong with Nick and the team! Nick's motto is, "I WILL answer my phone!"

The purpose of this message is to tell my network about my Real Estate agents whose superb marketing,perseverance, friendship, compassion,and skill made this experience remarkably delightful. The team of Laurie and Nick Carter who are affiliated with Lingo Real Estate went the extra mile. Laurie Carter constantly checked on my house, made prudent recommendations to enhance the sale, helped me find things, rearranged furniture, and most importantly kept me totally informed. My house is over 150 years old and required skilled professionals to properly make this difficult sale happen. Most importantly, I got my price because of how they handled my property. Here is the bottom line in my opinion: Whether you are buying or selling real estate in the Lewes/Rehoboth area, please use Laurie and Nick Carter. They know what they are doing and are the best at what they do. In these difficult times in America with the work ethic declining, it was refreshing for me to have someone go the extra mile to deliver what I needed. Laurie and Nick Carter did exactly that.
~ Satisfied Client -

Our experience with Nick and Laurie while buying a home was very positive! They were fully prepared to show us homes that were within our range of style and they are extremely knowledgeable about the area. They really do always answer the phone and they are good listeners!! We worked mainly with Nick but Laurie was available immediately when we needed assistance and she went above and beyond to help us. They have wonderful personalities and make you feel relaxed and not rushed. We felt no pressure at all while touring homes and they were very patient and pleasant. They were also very accommodating to our needs, as our settlement attorney is located in Hockessin, DE. We absolutely love our new home and hope to never move, but if we do, we will definitely contact them again. Give them a call, you will not be disappointed!
~ Satisfied Client -

Nick and Laurie are very well connected in the community. They personally know many of the real estate transactions resources (other agents, attorneys, etc.) which helps expedites the process. They are great to work with and are almost always available when you need them. They make a great team.
~ Satisfied Client -

Nick and Laurie were very knowledgeable about the area, as well as the market in general. Their response times were excellent. When we ran into a temporary, buyer side stumbling block related to closing timing, which became an issue for me due to distance and travel time requirements, Nick stepped up and helped get the problem resolved. I would not hesitate to recommend them to anyone else.
~ Satisfied Client -

It was obvious to us from our first interview with Laurie and Nick (we interviewed several other potential agencies) that they were the best choice for us. The Carter Team was the best informed, well prepared and most likeable agent team that we met. While they work as a team, we did most of our work through Laurie and she was our primary agent throughout the process. Laurie’s advice, insight and support as we prepared the home for sale, set the price, and began the sales marketing process were instrumental in our successful sale. Since we are non residents, Laurie’s “rolodex” of craftsmen (painters, electricians, carpenters, lawn care) and homecare professionals (termite, HVAC, septic systems, etc.) saved us countless hours of searching for reliable and reasonably priced support to prepare our house for sale. Laurie is the consummate professional. She was objective, focused and responsive. We felt from the beginning of the process through the final negotiations, that we had our best opportunity for a successful sale with Laurie Carter. Through her proactive marketing efforts, she found numerous interested and qualified potential buyers. Her advice and recommendations during the final negotiating process was instrumental in securing the best offer for our property. It was a pleasure working with The Carter team and we would recommend them to anyone who is in the real estate market in the Lewes/Sussex County area.
~ Satisfied Client -

We recommend Nick and Laurie Carter! Nick worked with us to find the home that would work best for us in a neighborhood close to Lewes. Nick knows all there is to know about Lewes and he does answer his phone! He was quick to respond to calls and was very professional and efficient in his business manner. If someone is interested in Lewes, they would be hard pressed to find a more knowledgeable team that has the business finesse and genuine interest of the Carters!
~ Satisfied Client -

Laurie and Nick had extensive knowledge of the Lewes market. They were always available to talk and were very helpful with every step of the buying process. I would recommend them to anyone looking to buy at the Delaware beaches.
~ Satisfied Client -

Laurie and Nick are extremely knowledgeable and helpful. They know the Lewes Rehoboth area better then anyone we have encountered. They helped my Wife and I buy our condo and we returned to them in our search for a home. We look forward to working with Laurie and Nick in the future and I would recommend them to anyone looking to buy or sell a home.
~ Satisfied Client -

Our home buying experience with Nick & Laurie Carter was extremely positive. As out-of-state buyers, we relied heavily on their expertise and knowledge of the local market. In addition, Nick and Laurie's professionalism, guidance, and support throughout the entire process gave us a feeling of confidence; we felt that they were really in tune with what we were looking for in a home.
~ Satisfied Client -

Very professional. Was extremely patient with our lender during the final days prior to settlement. Was able to work with the seller to coordinate our offer into a sale. Will most definitely want to work with Nick on future negotiations.
~ Satisfied Client -

The Nick Carter team helped overcome many obstacles with the sale of our house. They assisted with acquiring an elevation certificate, removal from the FEMA flood plain. In addition, they assisted in fixing a hot tub, front door way, septic system and several other details. Having a team that has the local knowledge and experience was priceless. In addition, they found me a new home in a location that is perfect and assisted with recommendations of moving companies etc...I don't know why anyone would even think of using a different realtor. This team is outstanding!!!
~ Satisfied Client -

In deepest appreciation to Laurie and Nick Carter in helping me find my sweet, perfect dream home here in Heaven, aka First town, First state Lewes Delaware.And putting up with me during my search of nearly a year. What a lovely little town with the nicest neighbors and most friendly merchants throughout the town. Wonderful place to live.Thank you from the bottom of my heart.Sincerely,Patricia SchofieldPS. Anything you need to know, Laurie's got you covered.
~ Satisfied Client -

Just want to say that everyone that I talked with at Jack Lingo are some of the best of the best.

Jill, Nick, and Laurie are really great, very personable, pleasant, easy to talk with, knowledgeable and patient. You have gone out of your way to assist in my moving which is so appreciated.
~ Satisfied Client -

The Nick Carter Team did a fantastic job selling my bay-front home. They offered numerous showings, prompt and informative feedback, and, during the home inspection process, met with contractors in my absence. I highly recommend the team. They were superb.
~ Satisfied Client -

Thank you all for doing what you have done. What a wonderful flyer, and the listing is awesome. I told you we have had it on the market before, but we have never ever had this kind of service. We feel like your team is really interested in selling our home for us and have already put forth a lot of effort. Thank you!
~ Satisfied Client -

The Nick Carter Team is professional, knowledgeable, and reliable. You call and they answer. They presented my wife and I separately a list of priorities of what we desired in a home and a community. Using the results, they were able to find the right home and community for us and it worked. They also recommended an agent to sell our home in Maryland. A bonus was that they treated us like family. Because of them and their attention to us, it was a very pleasurable home-buying experience. Thank you.
~ Satisfied Client -

I want to thank the excellent Nick Carter Team. When we decided to place our home on the market, we only considered Nick and Laurie. We knew they were very knowledgeable of our area and we also knew of their professional standards. Working with a knowledgeable and professional team led to a very successful sale of our home. Nick and Laurie kept us fully informed and provided suggestions that were instrumental in the quick sale of our home. They priced my home correctly, advertised often, and were excellent to work with. We were very pleased. Thank you, Nick and Laurie.
~ Satisfied Client -