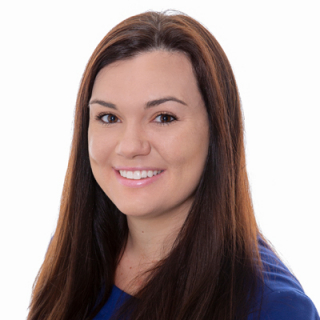 Sarah Davis is a native of Sussex County, Delaware and has been a licensed REALTOR® since 2006. She possesses many years of experience in the Rehoboth Beach and Dewey Beach rental markets. She provides excellent customer service and is adept at maintaining long-term client relationships. She works to ensure that your vacation or long-term rental experience exceeds your expectations every step of the way. She looks forward to helping you find your next rental in Southern Delaware!

I wanted to take a moment to pass along my sincerest appreciation of two of your employees, and the MAGIC that they were able to pull off to make my Memorial Day memorable.

On Monday May 23rd, around 4pm I found out that I had been scammed on Craiglist for our beach house checking in on Thursday May 26th. I immediately started calling Realtors in Rehoboth, and when calling your offices, I was directed to Sarah Taylor. Sarah gave me the information on two in-town rentals that could hold over 10 people, and helped calm me down quite a bit from my hysteria (The sky really is falling if you bring 10 people to the beach, and there's no house to check into). Even though she and I spoke at 4:50pm, and she informed me she would be off on Tuesday, she assured me she would pass my information along to her colleague Holly Wright. Sarah was the only person I spoke with on Monday who did not make me feel small and insignificant for my "Craiglist mistake."

On Tuesday May 24th as soon as your offices opened, I called and spoke with Holly. Had had already been made aware of my situation and was eager to jump into action to help me (despite having to deal with a leaky ceiling at another property). Holly quickly contacted the owners of the rental (109 County Club), and within 4 hours secured down the rental, gotten me a contract, and confirmed my lease...all completed within 48 hours of check-in. This says nothing of Holly's patience in dealing with my 6 phone calls to check on the progress. Holly's confidence and level-headed style helped keep me calm in the face of dealing with a bunch of upset friends just 2 days away from their summer kick-off.

Admittedly, this was a situation I brought on myself by renting from Craiglist in the first place. But in true hospitality style Sarah and Holly only sought to help me fix the problem and ensure I had a pleasant holiday weekend. At no time did they seem too busy or too rushed to help, nor did they ever make mention of the situation that led me to such a rush to find a house. On multiple occasions it was nice to share a chuckle over the phone that kept me sane as well.

So, a very long story short, you have two amazing individuals on your team. I hope that they receive the recognition that they so thoroughly deserve, and that their efforts do not go unnoticed. Because of Sarah and Holly, a Memorial Day was saved.
~ Satisfied Client - Washington DC

The house and the setting were just beautiful!
~ Satisfied Client -

Sara thank you sooooooo much you are a great asset to lingos customer service..
Thank you
~ Satisfied Client -

Sarah, thank you so much to help us find another unit at the last minute. YOU ROCK!
~ Satisfied Client -

Sarah, thank you very much for your help and great service in renting the house next summer. You were very prompt replying to my many requests and helped me identify and narrow down the options. Great job and thanks.
~ Satisfied Client -

Dear Sarah,
Just a note to thank you for all you have done for us over the past several years that we have been renting vacation homes from you & Lingo. You’ve done so many things for us – including finding a condo for our family this past summer at the last minute (in addition to the house @ 33 Brooklyn) – helping us find 48 Surf Ave October 2020 (which we love!) and being so responsive to our maintenance and other requests for all the properties we’ve rented from you.
We really appreciate you…thank you…Looking forward to 33 Brooklyn & 48 Surf in 2021!!
~ Satisfied Client -

I just want to say that out of all the realtors I have dealt with over the years, everyone I have talked to over the past month or so in your offices in Rehoboth and Lewes, have been so nice and helpful. Robb, Gina, Sara and each person that directs my calls as well. Thank you all for that! I truly appreciate your kindness! :)
~ Satisfied Client -

I do want to thank Sarah for being so pleasant to work with. When we know what next year's plans are and if we're able to return to Rehoboth, we will contact Sarah...
~ Satisfied Client -

Our rental went great for our family reunion. The house was perfect for the 12 using it and it became the focus for meals and family games at night...Thanks Sarah for all your help!!
~ Satisfied Client -